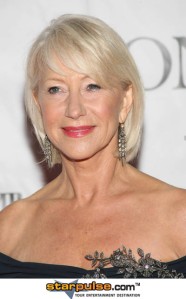 A friend of mine is planning a book about the concept of ‘having class’  or ‘being a class act’ and what that means to different people. He asked me for my thoughts, and after going back and forth between several ideas, I came up with the following:

I believe the concept of ‘class’ has to have a strong tie to the idea of ‘upper class’ from which it probably originated.   I believe it has evolved to mean the best of upper class sensibilities and behavior.  When I began considering what it means to ‘have class,’ I realized I was going in the direction of defining ‘class’ primarily in terms of ‘good character,’ but I have changed my mind.   I can imagine a homeless person, in dirty clothing having good character, but not ‘class.’  I can also imagine a well to-do person having all the outward indicators of upper class affluence, but not what I would consider ‘class’ (think Donald Trump.)    So while I can NOT imagine someone of poor character having ‘class,’  I CAN imagine someone of good character not having ‘class.’   Therefore, in my mind,  ‘class’ is a subset of good character, and good character is a necessary but insufficient quality of ‘class.’

‘Class’ for me requires the virtues of good character, honor and integrity, but with the sophistication and outward demeanor and appearance that one would expect of the best representatives of the privileged class.   In my mind, the person of ‘class’ has a certain pride and even vanity – self confidence, poise, self-possession, and dignity, tempered with a humble understanding and acceptance of one’s place in the universe.   I also believe that ‘class’ must include etiquette and good manners appropriate to context, as understood by one’s culture.  The person of ‘class’ is at home with the wealthy and more privileged classes, while at the same time respectful of and comfortable with those on the less privileged end of the social spectrum.

In short, ‘class’ to me means a confident upper class poise and demeanor, with a strong moral overlay of honor and virtue, respect for others, and humility.  ‘Class’ not only describes a person’s being, but also must describe that person’s overall behavior – how s/he presents him/herself to the community.   Having ‘class,’ is judged by the community in which a person lives and acts.

If you have any thoughts on ‘class,’ and would like to add your input to the discussion and his book,  simply comment on this blog (he’ll be checking comments), or contact Dan Bozung directly at dbozung@gmail.com